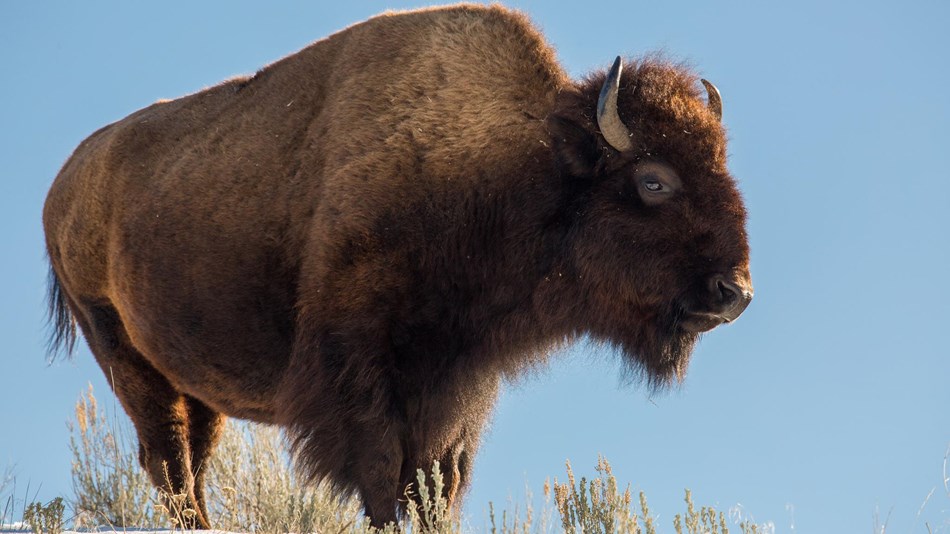 There are other incredible national parks in the United States and worldwide. Yosemite for its dramatic granite domes and other formations, Zion for its slot canyons, Patagonia for its peaks and glaciers, and the Grand Canyon all come to mind for their amazing scenery. In Africa, parks such as Kruger in South Africa boast incredible wildlife. The Hawai’i Volcanoes National Park offers amazing geologic features, which wow visitors.

But Yellowstone offers all three of these attributes: scenery, wildlife, and geologic features.

The park’s 2.2 million acres make it the second largest national park in the continental US after Death Valley, larger than Rhode Island and Delaware combined. The park boasts mountains up to 11,358 feet in height, the gigantic alpine Yellowstone Lake, huge expanses of lodgepole pine forest, and about 290 waterfalls including the impressive Lower Falls of the Yellowstone River. Yellowstone is not the most scenic national park in the world but it certainly has impressive views in abundance.

Yellowstone is rightly more famous for its wildlife, including 67 different species of mammals in the park. But the breadth is less impressive to visitors than a few key species.

While Yellowstone boasts impressive scenery and more wildlife than most parks in the world, the topper that puts Yellowstone above all other national parks is its geologic features. Amazingly, Yellowstone sits on top of an active supervolcano. Luckily, this volcano has not erupted during our lifetimes. However, the geologic activity does produce 1,000 – 3,000 (mostly minor) earthquakes annually and there are more than 10,000 hydrothermal features in the park such as hot springs, mud pots, fumaroles, and geysers. In fact, it is the 500+ active geysers, which accounts for more than half the world’s total, that launch Yellowstone to the top spot among world parks. Old Faithful is the most well known.

If you are a Yellowstone National Park fan, now you have a reasoned argument as to why the park is the greatest in the National Park System and, indeed, on planet earth. If you have not yet been to the park, hopefully we have convinced you to put it on your must travel list!

If you would like to travel to Yellowstone with us, consider one of these Travel Montana vacations: