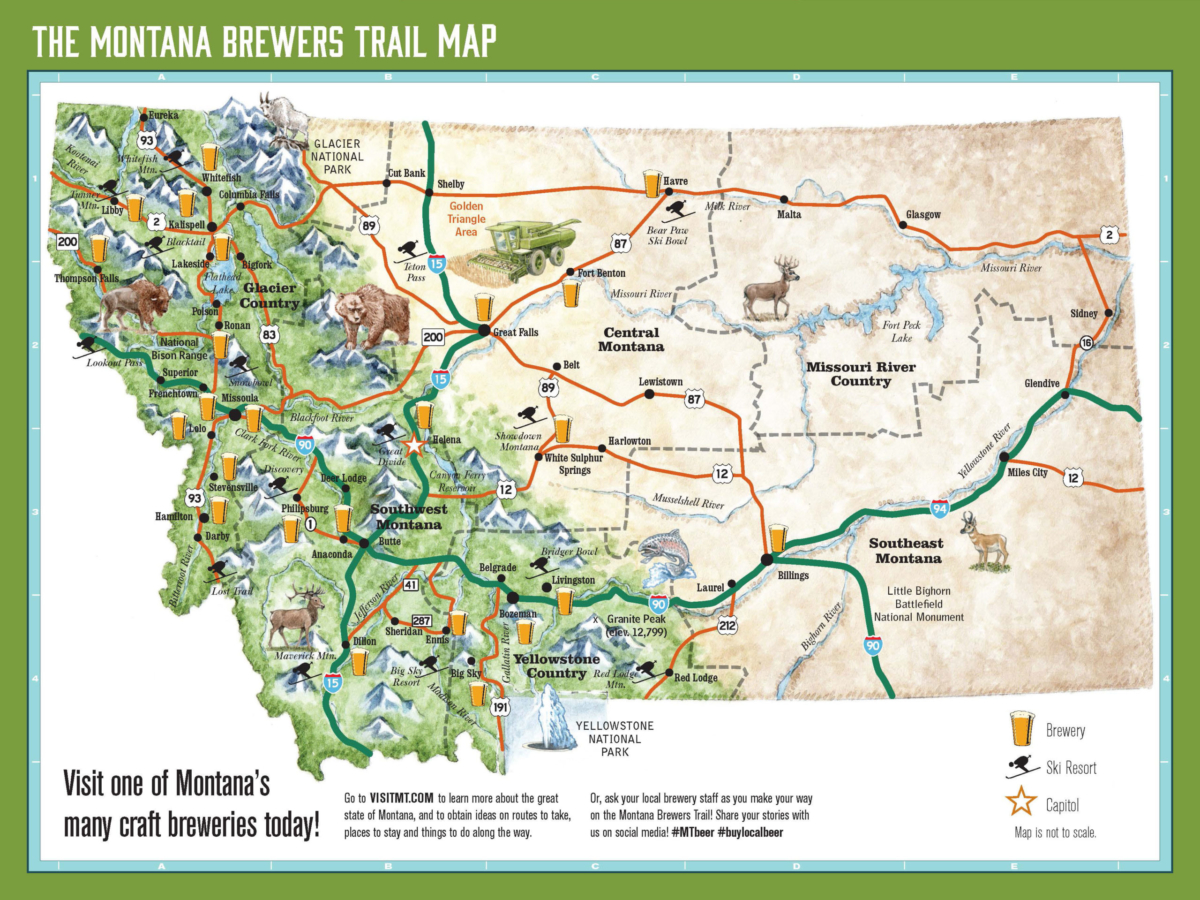 Montana breweries are producing some amazing craft beer and should be part of any beer lover’s vacation to the state.

State by state statistics from the Brewers Association, the national association representing the craft beer industry (of which we are members), reveal:

With Big Sky Brewing making an estimated 40,000 barrels per year and Kettlehouse having a 30,000-barrel brewing facility, that means all the rest of Montana’s breweries on average produce 1,650 barrels per year. In short, Montana’s craft beer scene is full of small, local players spread throughout the state.

You can’t visit all Montana breweries on one visit. The state is just too large. You need a plan.

You should be aware of several important Montana laws that affect beer lovers.

Most importantly, taprooms are limited to serving customers 48 ounces of beer and need to close at 9:00 PM, with last call at 8:00 PM. 48 ounces of beer should really not be an issue, as it equals three 16-ounce pints or four 12-ounce servings. This law ensures brewery taprooms are there for those who are lovers of the craft, rather than those just looking to get drunk. But the early close can put a crimp in a post-dinner visit plan!

“We brought back from our trip a love for Montana and a much deeper appreciation of Montana craft beer. Montana brewers are making some really creative, surprising, and truly world-class beers. “

If you are interested to explore Montana’s craft breweries while staying active on vacation, consider booking our Yellowstone Active Beer Vacation.