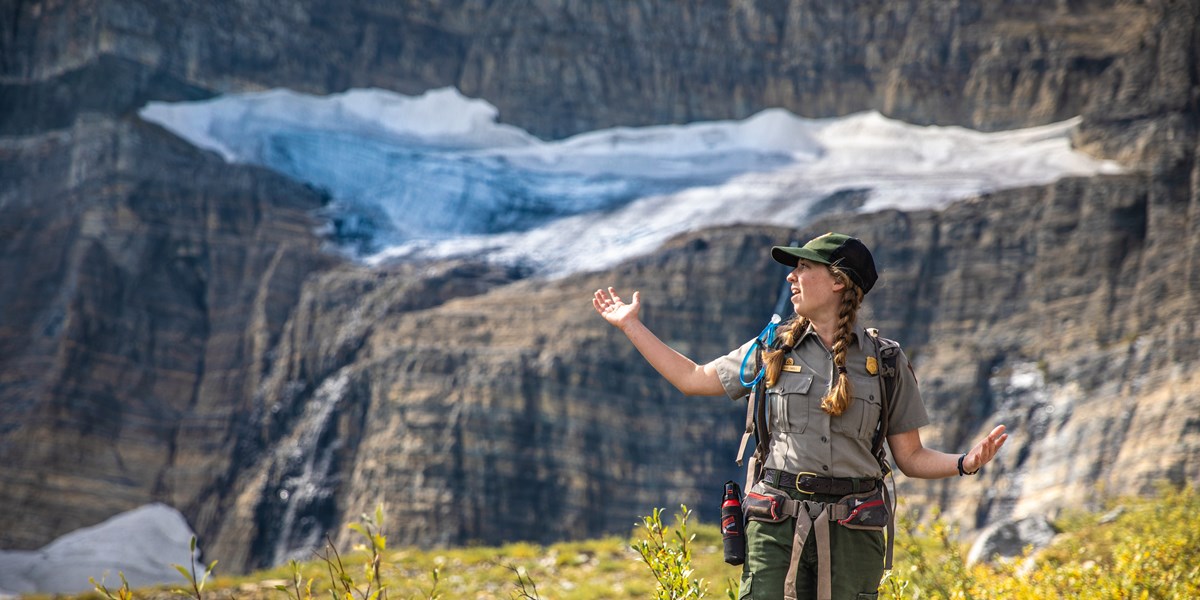 The answer is yes. The 26 glaciers in Glacier National Park are all shrinking and are likely to disappear within our lifetimes.

Glaciers are defined as masses of ice so large they move under their own weight. In general, glaciers need to be about 25 acres in size to qualify.

In 1850, at the end of the last “Little Ice Age”, there were around 80 glaciers in the area that would become the national park in 1910. By 2015, the park was down to 26 glaciers and some of those have likely shrunk since then to a size that disqualifies them.

What is Causing the Glaciers to Disappear?

Glaciers always go through cycles of advancement and retreat due to natural climate trends. Some of the reduction in the glaciers since 1850 has been due to this cycle. However, scientists agree the recent shrinkage can be increasingly attributed to human-caused global climate change. Many of the park’s glaciers are likely to be gone within the next several decades.

Glaciers are shrinking, of course, around the world. Glaciers in Switzerland were estimated to have lost 10% of their size in only five years, from 2014 to 2019. In Iceland, one glacier has already disappeared. Scientists left a memorial plaque saying:

“Ok is the first Icelandic glacier to lose its status as a glacier. In the next 200 years, all our glaciers are expected to follow the same path. This monument is to acknowledge that we know what is happening and know what needs to be done. Only you know if we did it.”

It is possible to see the glaciers in Glacier National Park from the road. However, as the National Park Service says in its document How to See a Glacier, the park is not actually an easy place to see a glacier.

This is where being a hiker comes in handy. More glaciers are visible to hikers, via easy hikes as short as 1.3 miles one way to longer day hikes suitable for experienced hikers.

Ultimately, as the glaciers in Glacier National Park disappear, visitors to the park will no longer see any glaciers at all. It is a tragedy in the making.